A few of us Skate Scotland heads decided to mission it down to Corby to the the UK Champs. The crew Included Stu Hill (of DB boardstore fame), Youngo, Perry, Kieran and myself (Ali). The Menzies Scooby Mobile was ready for the mission on Friday at about 6pm. We had 16 hours to get to the park and I was hoping that it would make it. Stu had brought the Skateboard Scotland megaphone along to keep us amused throughout the journey. It was then when the Menzies mobile became Muhammed Ali Menzies Airways (MAMA for short) came into life with the comedy of the inflight announcements, Gihad comments, and slanderous remarks towards Karen the air hostess. We were also able to keep all the petrol station staff and customers amused wherever we went. It is amazing how much fun you can have with a megaphone.

Any way 7 hours later we arrived at the skate park at the same time as Jimmy Boyce’s crew from Newcastle and Brenden’s car from Glasgow containing Tom Shimmin and Andy White. We all ended up camping in the car park of the industrial unit next door. Shimman and White decided to sleep in a tent on top of the roof above the doorway to the unit and Stu and Youngo slept on the floor in front of the doorway. I say sleep but I guess I mean try to sleep. They were awoken at about 6am by someone trying to get into their Office. The unthoughtful buggers. Imagine wanting to work on a Saturday morning at 6am. It took them a while to talk Stu and Youngo into moving out of their way. At this stage they asked Youngo "there isn’t anyone in that tent on the roof is there?" to which Youngo answered of course not. We lasted until about 8am before we got moved on (after they noticed that some one was on their roof in a tent). Night of carnege over, the 2 days of skating kicked off. The first day was hard work as there were what seemed like a million 1 minute runs on the street course. Eventually they wittled it down to 25 for the final the next day. The vert skating was going off all day as well. I won’t go into the tricks that went down as you can check out the footage on the various links attached.

After the first days skating there was a night out organised where the Death Band (cates Steak et al) was playing and another Death Metal band (including Steak’s bird) played. It was in a wee pub and they were cool about Kieran coming a along which made a very happy man. The pub room that we had was about the size of a bedroom and half of it was taken up by the band. They both put on quite a good show and it was lucky that the landlord was making a killing at the bar or I’m sure that the whole show would of been kicked to the curb. Pretty sure that death metal was not the locals scene. Anyway after a smashed rollerblade dummy and TV the gigs were over and the drinking continued. Luckyly my son took me home at about 1 so the next day was not written off completely.

The skating on Day 2 was sick. The street was in jam format and to say it went off was an understatement. At some points you were trying to watch 5 amazing skaters all landing sick tricks at the same time. Check out the footage (again). Ben powell lost his voice from telling people to keep off the park and bob took over for the rest of the day. Here are the results:

Lots of people came away with some nice cash rewards. Well done to the boys at UKSA for sorting this event out. It was a good time. Hope to see some more Scots entering next year. 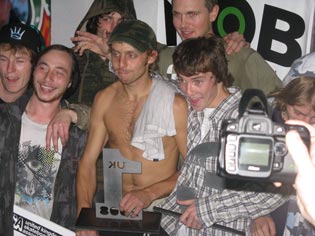 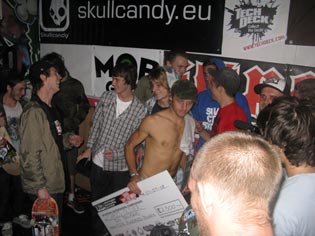 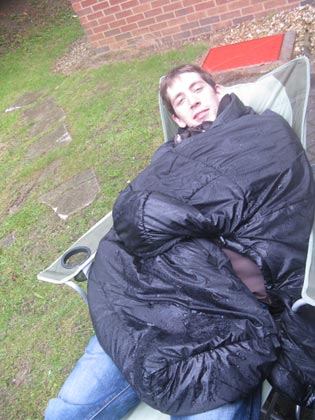 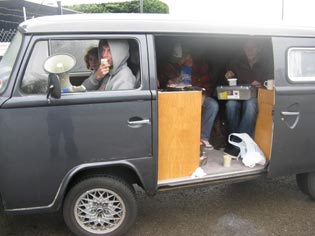