Now in it’s fifth year, Skateboard Scotland’s War
of the Thistles has established itself as one of the main events in the British
Skate calendar. This year the main sponsors were:

Without these guys support there would not have been any cash to be won.
So, big props to these guys for supporting the event.

Another big thanks to these brands for supporting the event and making
sure that even the little kiddies went home with some prizes too.

The format was generally in the same format as previous years with cash
prizes for sponsored  and more experienced riders, and product prizes for the other
contenders. We started off in Dumbarton for the first day:

With the freshly poured concrete in Edinburgh it was hard for people to motivate
themselves to get to the first leg of the event. In fact some people even tried
to get Skateboard Scotland to
move the first day to the Edinburgh instead of Unit 23 by setting up a
facebook group. Any way Skateboard Scotland are an organised group and
we were not about the change the entire format of the event on the back of a
facebook request. So for all the people that bumped the first day, it was your
loss and Smeadley and Rob Smith’s gain.

After an hour and a bit of putting up banners and stickers for our kind
sponsors (I might add here that Nike banners and stickers were meant
to get to us for the event but did not arrive, hence the lack of Nike branding
at the event) we kicked off at about 2pm with the grey street section. The
younger generation got in on the act and started throwing themselves down the
stairs (literally). Some product was issued appropriately with Paul clover
claiming himself a board on a big flip down the stairs. Barney Page and Smeadley
cleared up when the sponsored riders stepped up. I am not going to run through
every trick that went down during the course of the day as corpse hands always
has this covered for us. Check out the sidewalk footage:

As you can see the action moved onto the wee bowl after the street
section. A lot of rad skating went down here. Smeadly was getting tech all over
the place and ended up snapping his board after a few too many frontside flip
disasters. That did not stop him though. While Rob Smith and Eddie Belvedere were tearing round the bowl at
high speed and trying with all their might to destroy the back wall. Rob Smith’s
ability to foot plant on anything is pretty ridiculous quite frankly and has to
been seen to be believed.

We had a brief interlude prior to moving on to the big bowl. The Scots
that showed up started to get involved at this stage. T-bag, Benson, Martin and
Sean all got gnarly and went big on the high vert wall at the far end. Eddie
decided to kickflip into the deep end of the bowl which was a first (to the best
of my knowledge), and not happy with making that topped it off with a blunt
kickflip out straight after. Rob Smith went off over the spine and earned
himself the first day’s honours again. He obviously did not want to be without
his trophy after having kept hold of it since last year. That wrapped up the day
nicely and we all took our weary heads back to our heads in preparation for the
next leg in Aberdeen.

A few more Scottish heads showed up at the Aberdeen leg of the event. Everyone loves skating the Aberdeen park with its lush bowl and nicely built street area so there were no shortage of riders getting involved. We kicked off with the pyramid session as usual. The kids seem to be getting better in Aberdeen and we managed to give some of the product to unsponsored riders.

Next up we moved onto the halfpipe. The Skeggy locals were in effect with Trev and Roo sessioning hard. There was quite a lot of snaking going on as everyone was keen to get into the session. Cash was awarded to all that rode well. Once the Halfpipe was out of the way Youngo insisted that we get a session in on his latest creation. The recently build wall of death in the corner. He showed us the line to get into it and Manhead and Benson stepped up to the plate to win 10 quid each for there troubles. Manhead made a Rock n Roll and Benson made a frontside slasher. Both really hard  tricks considering to get to the four foot of vert you have to wall ride over the top of a quarterpipe. Not easy.

After a wee break we moved onto the finally in the bowl. If you have never skated the bowl you will need to get up there because it is well worth it. The session went off as usual and we even managed to get Andy Scott in on the action even though he was still broken from a slam the week before. Two tricks were better than none. Kerr treated us all to a rockstar which kept us amused. Check out the footage for all the goings on:

After the days skating was done the Skateboard Scotland board went for a chinese meal (via a couple of Indian joints that we didn’t fancy and then onto the rollergirl afterparty. The drinks were really cheap so that made for a good night. Rob Smith even turned up to drink out of a fish bowl.

In summary. everyone had a great time, won some cash and went home feeling good. Big thanks to the sponsors again! If you did not make this year then there is always next year. Don’t miss out next time. All photos are courtesy of Zeefoto. 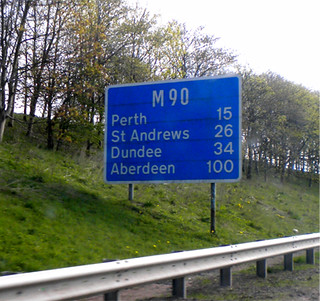