Skateboard Scotland along with the support of Edinburgh Local, Focus, Boardwise and Route 1, ran a skate comp at the Saugthon park on Saturday the 30th of July . The event was in conjunction with the local community fair in the park which recently got re-started. Usually when we organise outdoor events we are worried about the weather have have to run events quickly to ensure that they actually happen. For once the weather was on our side.

A lovely sunny day meant that we did not have to rush anything, that the Skateboard Scotland barbie could be fired up and we could enjoy some nice beats curtosy of Seany B, Sunny and Mr Jinx. A big thanks needs to go out to Seany as he always runs the tunes for us and ensures that we do not have to worry about dealing with that side of things. Big Props.

Everyone had their own idea about how the Jam was to be run this year. The winners were the people that voted for a jam with treats for tricks. We started with the younger crowd who wanted to battle for some product. The fun box was the starting point and as many kids as possible tried to do a trick over the box. Prizes were duly handed out. The first obstacle was followed by the best trick over the barrel followed by a Paul Clover/Keith Allan/Paris demo session on the handrail. Paul came up tops here and got himself a new board.

The local pub ‘The Horseshoe Inn’ kindly lent us four of barrels for a hippy jump the barrel session. So if you are never in need of a pint go along and support your local friendly landlord. The barrel jump was great fun with Martin and one other guy managing to jump 4 barrels on their longest end. More prizes were issued with Martin donating his lovely new spitfire bag to Ollie Burrows since he had been eyeing it up all morning in the van. What a nice guy Martin is.

Skateboard Scotland had a wee barbie break prior to setting off a session in the park area. This went off as usual with Paris and Rauri ripping round the park and pulling some ridiculous lines.

Mr Jinx then provided some lyrics for the crowd before we went onto the final Bowl Jam where the cash prizes were given out. Tea Bag did his usual and on his first run did every trick that he wanted to in the bowl in a row. 20 quid was duely paid to him for his troubles. Paris and Rauri were once again flying all over the park with great skill and healthy speed. Kerr was pulling off multiple tricks which only he knows the name of. The bowl sesh at Saughton never fails to let the crowd down and it did not fail to disapoint once again.

The overall winner for the day was detemined as Adam Paris since he skated every obstacle well during the course of the day. He won a big bottle of the Chairman’s finest home brew beer for his troubles. Well won to Paris and everyoine else who came along and had a good day. Lets hope that the weather is as good next year. 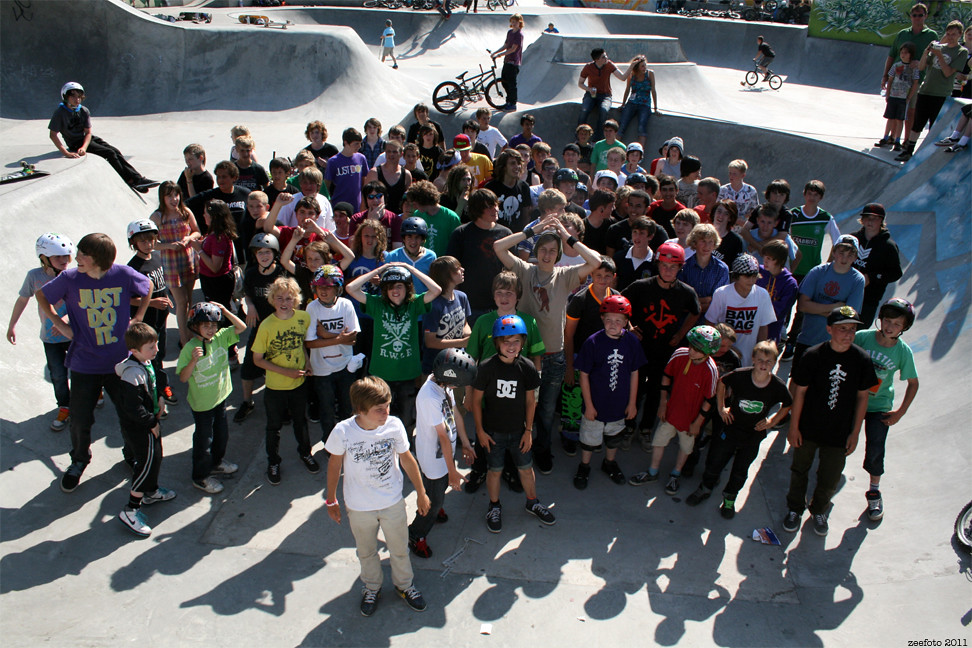