Santa Cruz and Independant trucks worked with SYB and Acrete skateparks to put on the first Scottish vert comp of the new era. And what a fine job they did. There was a beer budget and a whole load of the top skaters in Scotland were in attendence. It is quite a mission to get out to The Space in North Berwick however it was well worth the trip to enjoy the mad vert skills that are already on show.

There was a make a sick trick or a run to get a raffle ticket for the raffle of the prizes at the end. So the more tricks you made the greater your chances were of winning some top prizes. Geordie was on the mega phone running the event and Big Mark was dishing out the tickets.Paul Silvester won the ‘most effort put into landing a trick’ or ‘most tech’  contest by eventually making a pop shuv-it noseslide to fakie. For a man who was on his third skate of the day he was killing it good and proper. Colin Taylor was going real big and at one point hit the roof with his board mid air. He also almost made some seriously hard varial tricks which blow everyone’s mind. He won the going highest award for the night which was well deserved. Adam Paris got second place for making the ramp look like a mini. Rawdog got first place and a concrete viking trophy for taking the vert skating to the next level.

The rest of the prizes were awarded to the likes of Youngo, Teabag, Stu Graham and Aaron for their fine ability to pull in all of the tickets for making loads of tricks. The best bit of the prize giving was Colin Adam calling out the numbers while being quite drunk. Hilarious. All in all it was a great night getting the whole of the Scottish new vert scene together for a Radical session. Jamie Blair also made it through with the Clan guys to bring a bit of the oldschool vert skills to the session. Next vert event will hopefully be the Scottish Vert champs!

Here is a nice wee pic from Dixon at the SYB headquarters of a silly mosher drop from Martin with no pads on:

Here are some photos from the SS Flickr archive: 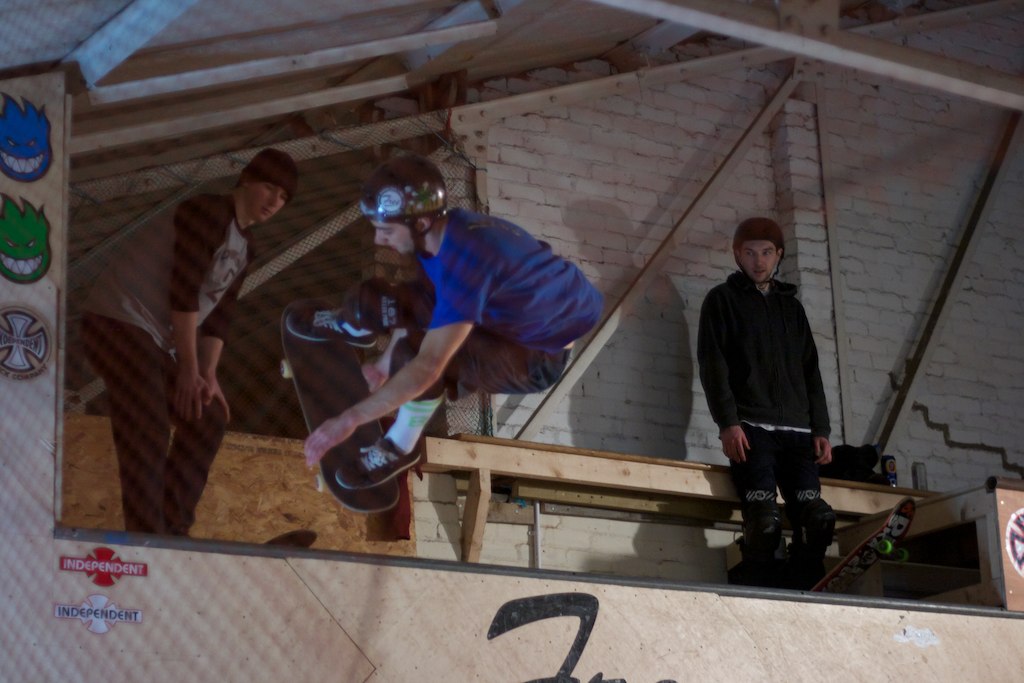 Also, check out the video footage from Zander!