The Skateboard Scotland Annual General Meeting is being held in conjunction with the Scottish Street Championships on Sunday the 13th of December at Zone 74 Skatepark in East Kilbride.

The AGM will start at 1pm on Sunday the 13th of December 2015 and should last about an hour or so in which we will get a summary of the past year, a summary of the accounts and the usual voting in of board members.

After the AGM there is Skateboard Scotland’s Second Scottish Street Championships from 2pm so that’s another awesome reason to get along! 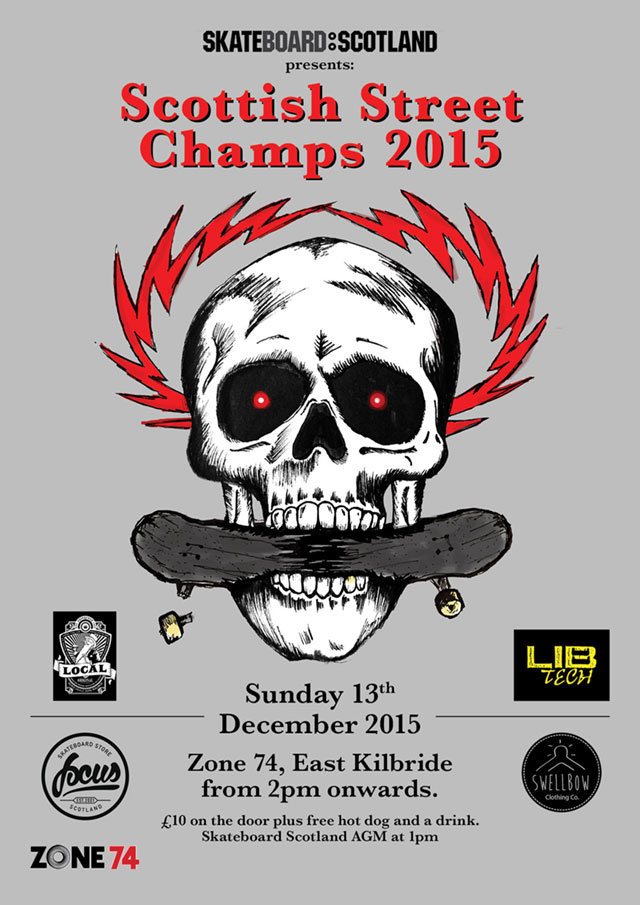