**Due to a schedule conflict we’ve had to re-arrange the date of the AGM, so please take note that this is on Sunday 8th December now and not in November!**

Once again it is time for the Skateboard Scotland Annual Gnarly General Meeting which will be held at The Space in North Berwick.

The AGM will start at 3pm on Sunday 8th of December 2013 and should last about an hour or so in which we will get a summary of the past year, a summary of the accounts and the usual voting in of board members.

After the AGM the Space are running a skate jam session from 5-10pm along with some live music from Daniel Waxoff and D.S.A so that’s another awesome reason to get along! 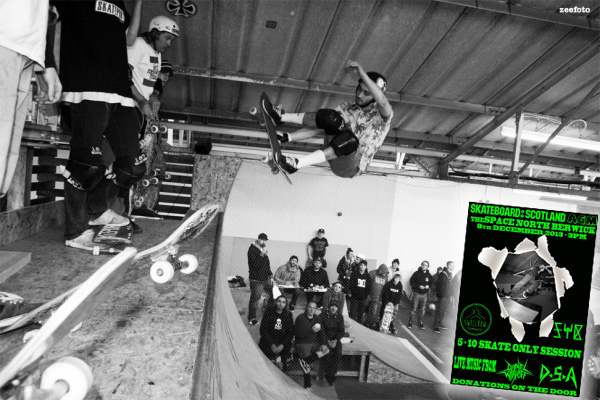 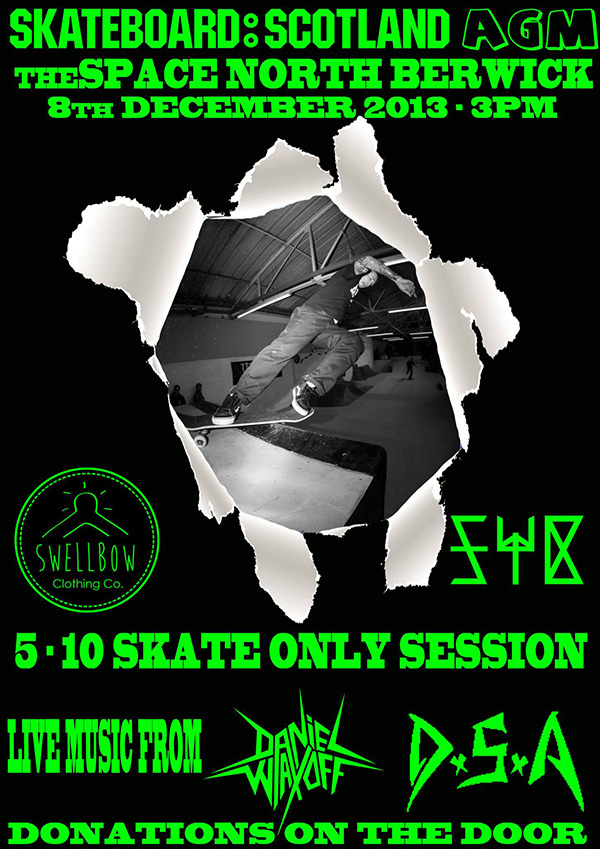