Sunday afternoon at the Bongo was a lot more peaceful for me than the Friday night had been. Focus had organised a premiere of the new Lakai Movie and we were all looking forward to it. Even though the Livi boys had all seen it already due to the pre-livi premiere courtesy of tinternet.

Well lots of Glasgow heads representing and even some from as far north as Dundee. Not much to say about the video itself really apart from ‘sick’. Another fine Girl presentation. The special effects at the start of the movie are a real laugh and well worth watching even if you are not a fan of street skating. All the skating in the film was rad too. Brady and Jenson were representing the UK well in this one. You could tell they were from the UK by the rough spots they were riding compared to the rest of the riders bar Pappalardo who was riding the rough East Coast streets as usual. Anyway plenty in the film for the crowd to say wow to, in fact too much for me to go into really. Check out at your local retail outlet for the mere 25 quid price tag (better ask Santa nicely and hope that you have been good). 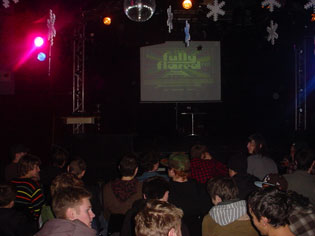 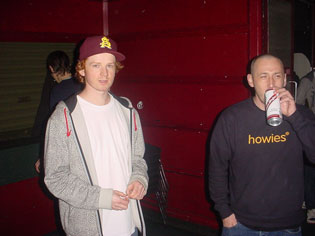 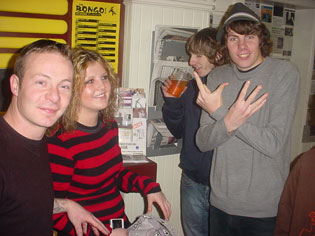 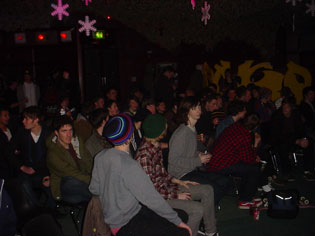