Introduce yourself for those who don’t know you, where you from?

I’m Colin Kennedy, I was born in Glasgow in 1974 and I have been skateboarding for the best part of 20 years. I have lived in Edinburgh for the past 6 years. I skateboard for a living and also work for Nike SB team managing the UK team and helping with some European stuff also.

A hear you’re staying in Edinburgh, you glad they got that wee indoor park in the shopping centre for the rainy months?

Yes, the skatepark is a completely welcome addition in these harsh months. i don’t make it down there as much as I should but when I do I appreciate the warm, clean conditions and in house parking! In Scotland you cannot argue with an indoor facility…..

What’s the most messed up/funniest experience you’ve had skating?

Myself, Franklin Stephens and Paul Shier were in Lausanne for the annual contest and we ended up at the usual after contest shenanigans and after quite a few swift halfs we found ourselves at the crest of a mile long mellow hill. Problem being we only had 1 skateboard between 3…..first idea…..3 man coffin, no go…..2nd idea, 3 men stood up side by side on one skateboard…..middle man holding the other 2 by hugging round our shoulders. It worked but we gained momentum exponentially……..it was one of the funniest experiences of my life……we went down many times over but still lived to tell the tale.

Are you making a living from the skate industry? You seem to be the man in the know with the state of the industry, is it heading for boom or bust?

Yes I am, fortunately….it’s a hard nut to crack for sure and even more so now…..you essentially have so much more ‘competition’ for want of a better term, but when I became a pro way back when there was only about 5 in the UK. It’s different now obviously and it is way easier to achieve that status, from the ground up it took me many years of establishing myself to where I am. To maintain a sustainable ‘career’ if you like I believe you have to put in the hours across the board and across the world to gain recognition. One shot wonders sometimes work out but there is no match for consistency and hard work. Working in skateboarding though? of course it’s a dream still that you have to be careful you don’t take for granted after a long time. Beyond just actually skateboarding for a living which I have enjoyed for the last say 5 years I have gone on to take other roles to move on to after I retire, essentially…..That has been an interesting transition and you get to learn a lot more about what goes on. I would say yes Skateboarding like any industry is suffering right now, it all filters down too….but, there is one thing to said for skateboarding in times like these, it is a resilient industry and has seen and come through some hard hard times, so don’t give up on it yet.

You’ve won a magic ticket from god/allah/buddah/whoever, you can skate with any skater, dead or alive at any spot, dead or alive. who would it be and where?

Mike De Geus. He is a Dutch skater who skated for Blueprint many years ago, unfortunately he passed away, he was an incredible skateboarder and a thoroughly intriguing and exciting person.

If you were God, what would you do with the world?

Depends what your definition of a God is…..there is no such thing for me.

What’s the best way to start your day and end it?

Waking up (hopefully) after 8am and going upstairs waking my daughter up, radio 4 and a fine cup of coffee. To end, just feeling tired and ready to rest for another 8 to muster energy for whatever a 3 yr old has in store for the next morning…

What music gets you hyped for a gid skate?

if a offered to buy you a drink in the pub and stick on a tune on the jukebox, what would you request?

Ah’ll have a Fustenburg beer and I’d like to hear M5 by Maurizio.

This natural street half pipe bench/sculpture in Catania in Sicily was pretty outstanding and pretty much my thing. These kind of things kick the arse of any skatepark I have to say……being a bona fide street skater, I ebb towards that territory more than anything else…

Any under-rated/un-exposed skaters out there we should watch out for?

yeah plenty…..all the young scottish park dogs I love to watch, maturity in their skating for their years on the board…Tom and Andy from Glasgow are putting it down as well…

Tell us about your worst habit/quality?

Talking over people when I’ve had a few ales…..really despise that I do that…

You stoked that Edinburgh have a concrete park in the pipelines?

Absolutely, it is the best news, it’s taken way too long to get through the red tape but all power to Sam Paterson, Russ Hall and Dave Sowerby for pushing and pushing and keeping the momentum on the project……it’s needed to rejuvenate things and c’mon, it’s the capital of Scotland, it doesn’t have a respectable facility! About time…

What super power would you most like to have?

I guess control of tax payers money is a super power. I’d start with the NHS and work my way from there.

Rocky, Steven Segal, Jon Claude whatever and Jason Statham are in a fight, who would u put your money on?

Any words of wisdom for kids out there just starting to skate?

Clichéd again….enjoy it. But for real, I started skateboarding because it was(and still is) an unregulated social activity to do with your friends. It broadens your horizons and inspires you to travel and explore your environment and make the best of the failings and successes of architecture. Disregard authority and use what is out there, chances are you will make more of it than most on your skateboard. Ulterior usage is key in skateboarding although the authorities would like to scare you to think otherwise. Enjoy those cold nights on a set of steps getting heckled, it’s character building… 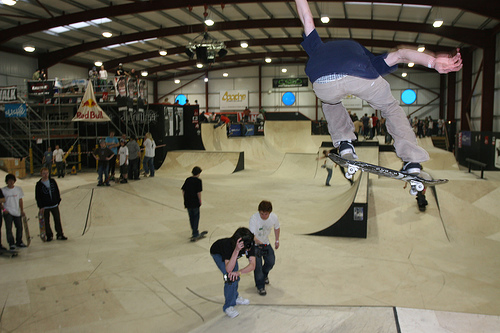