Better believe it! … on July 18th and 19th you will be in Holland at the Vans Rotterdam Grand Prix of Skateboarding 2009, PRObably the best skateboardcontest in Europe. Skateboarding as skateboarding should be! The city of Rotterdam is turning into a skateboarder’s heaven for a whole week

The Week
The first couple of days of the week – 15th to 17th July 2009 – are dedicated to one of Rotterdam’s signature successes: The Photocontest. Ten selected photographers from all over the world are gathering with two or three of their favorite skateboarders to shoot their ultimate pictures within the city limits of Rotterdam, battleling for the 10.000 USD prizepurse. An exhibition during the weekend showcases the work of the teams and a public vote is choosing the winner not only for the best picture.

The Weekend
From the 18th – 19th July 2009 Rotterdam is hosting PRObably the best Skateboard Contest in the Galaxy. This time it really goes down! It goes down on several downhill lines containing rails, ledges, gaps, hubbas, wembleys and one of Rotterdam’s signature spots. The event is outdoors right next to the Erasmusbridge, Rotterdam’s Leuvehoofd. The downhill streetcourse offers new ways to compete in a contest. Let’s see who will win the battle for the 40.000 USD prizepurse!

The Organisation
The event is produced by the same crew responsible as all the WSR contests. Supported by the angels of radar Berlin and hosted by the SpoTlight crew from Tampa. 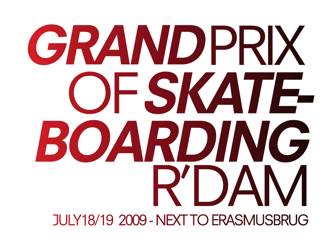