Skateboard Scotland were asked to come along and run another wee comp as far of the ‘do in the burn’ festival at the Burdiehouse skate park in Edinburgh. The weather was promised to suck by the BBC. Lucky they are in London when they make the forecasts up on Fridays. It managed to stay dry for the event. We had special Guest Zee Yule along to take some snaps and judge for the day (cheers for that Zee!). We decided to kick off the comp sooner rather than later as we were worried that the BBC men were going to be right.

The local kids are starting to get into riding their park now which is a good thing. The level of skating at that park has got a lot better since last year and there seems to be a wee scene developing which is sick considering the location of the park. Highlights from the 15 and over were Danny Whytock using the whole park with style and Elliot Mckay’s along and down backside boardslide on the hubba. From the 12-14 group, Kieran’s first run was really good he managed to fit a backside axelstall on the sub box and pull it back into the quarter along with a solid run in the half-pipe. Jake made a nice kickflip off the top of the fun box followed by a few nollie heels. Zee’s decision was final and the results were as follows:

See you next year. 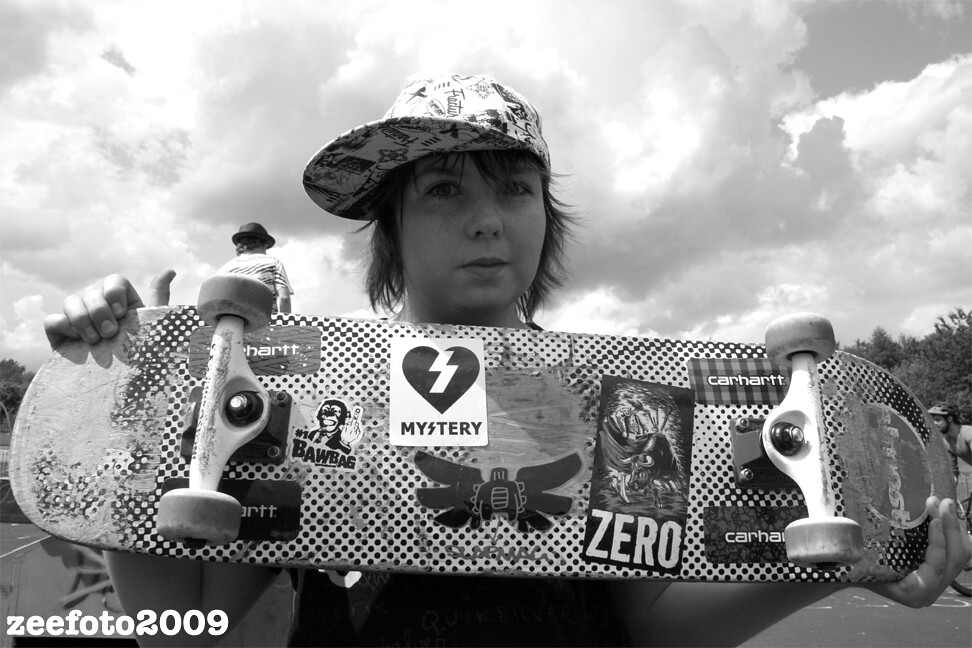