Skateboard Scotland were proud to be one of the sponsors for this years UK Skate Champs. Some of the board made in down to the event. It was once again a sick weekend even though it happens in a small steel making town called Corby.

The Adrenalin Alley skatepark is pretty rad and has an amazing vert ramp. Teabag and Rory were learning to skate it and were going off. I would go through all the ridiculous skateboarding that we saw over the weekend. But I believe that Ryan from sidewalk’s mpora footage will proberly do it more justice. Check it all out below. I will say however that we have a really good party night on the saturday night in a rugby club of all places.

The music was amazing (I think) and Rob Smith kept us all amused by stage diving from the top bacony to the floor below. That man is gnarly. At least I managed not to get kicked out of my hotel room unlike Eddie Belvedere. Hope to see more of you Scots down at next years event.

For a full list of the winners go to the UKSA site. 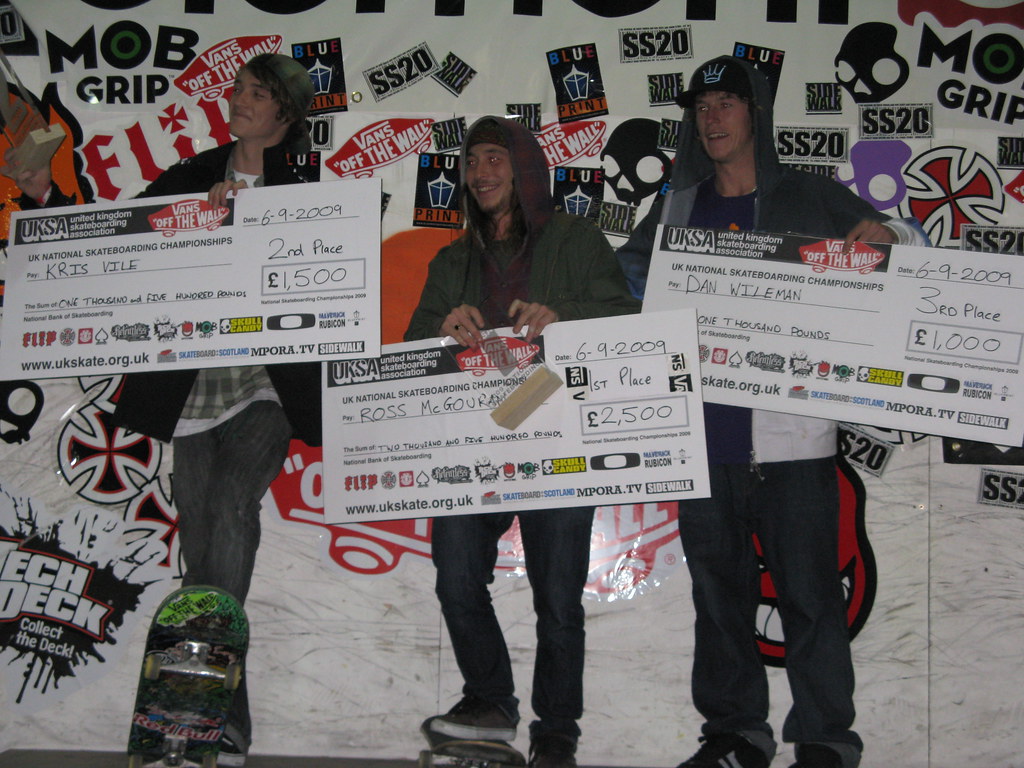