This has been a long time coming. Skateboard Scotland and Edinburgh Local came together to organise the first ever Edinburgh Skatepark competition. With the help of fellow sponsors, Focus, Route 1 and Boardwise it was looking like it was going to be a real good day. Even the weather behaved itself and it did not rain during the event.

Since there has not been a skate comp with all the different age groups getting the opportunity to battle each other for a while we decided it would be nice to do this again. We soon remembered why we usually go for the Jam format! Writing out everyone’s names and ages and working out who is going in each group is not easy. The esteemed judges were Zee Yule and Neil Currie with some assistance from Ali Menzies when he wasn’t MCing. It was decided that there was going to be 3 disciplines Street, Skatepark and the Bowl. The plan was to let people choose which parts of the comp they wanted to enter either Park or street. Unfortunately we did not take down anyone’s preference and there was not really enough time to have all the age groups for two different comps. So the Age groups were going to have to ride both street and park well to win prizes.

We kicked off first with Street. We ran though all the age groups in succession, under 10s, 11 to 14s and 15 and overs. The under 10s were dominated by the local twins. Followed closely by cookie monster Sam Tait. It was rad to see little kids entering the comp who had not really been on a board for very long. The 11-14s had to be split into two lots as there was too many of them. Stand outs here were Ali Duncan and Darren who made a nice tre flip out of the street section and Scott Brown who represented the west side well.. The third and final group of the 15 and overs had to be split into 3 groups as there were a lot of riders entering. The bits that I can remember were Rab’s wallie to slam of the day, Wee Daniel making some nice tech tricks, Matty’s backside tailside and mayday, and K-dog’s tre flip up the big step up. Finally Martin Mcguire’s last wee run was memorable with a boardslide down the hand rail, tre flip then kickflip. Have it socks

Once the street event was done the judges retired to decide how everyone who had done. The park was going to decide it. Enter the park. We ran through the same group of kids again. Not everyone wanted to skate in the park section and that did not help their scores. The twins killed in the under 10s again. Lachlan was doing big airs over the teardrop hip and worked himself into first place. The 11 to 14’s stepped up with Connor fae Livi getting himself over the hip along with Finlay ripping it up. Finlay sealed it with some smooth skating. In the eldest section there was a lot of good skating going on but it ended up deteriorating into a free for all with everyone getting in on the session. Kieran Menzies make a nice wee run in the park. He pulled a nice lofty ollie over the livi hip and an indy over the teardrop. All in a nice run. Rab pulled a lovely back smith on the big quarter and put a lot of effort into trying to land a crail slide. Matty skated well enough to seal himself the win in the first ever Edinburgh comp.

As ever we finished off with the bowl Jam. Skateboard Scotland had dug deep to pull together 200 quid in cash prizes for the Bowl Jam. To say that this session went off would of been a serious under statement. Ten pound notes were only paid out to those who made really sick runs. Kieran managed to pull of a frontside lipslide in the big bowl. Ruari was styling up the bowl with some Hawaii 5-0’s, not to mention some lovely inverts and big airs. He got paid on quite a few occasions. Paris was making skateboarding look easy again. Colin Taylor went off for the final last few runs and nailed a massive backside air, followed by a sex change in the big bowl. He got himself 20 quid for his efforts. That leaves us with Kerr. The kid is a mad man. I’m pretty sure that he actually makes tricks up in his runs. He destroyed the session and came away with the bowl ripper award of the focus 50 quid voucher. Well done mate!

If you weren’t there shame on you, you missed a fun day. The product toss was pretty good fun too as the kids were almost fighting over the three ply bamboo board which had been donated by our French resident Christophe. Check out the photos courtesy of Neil Currie at Skateboard Scotland. See you all next year.

4th and Slam of the day Rab’erdeen

Bowl Ripper of the Day – Kerr 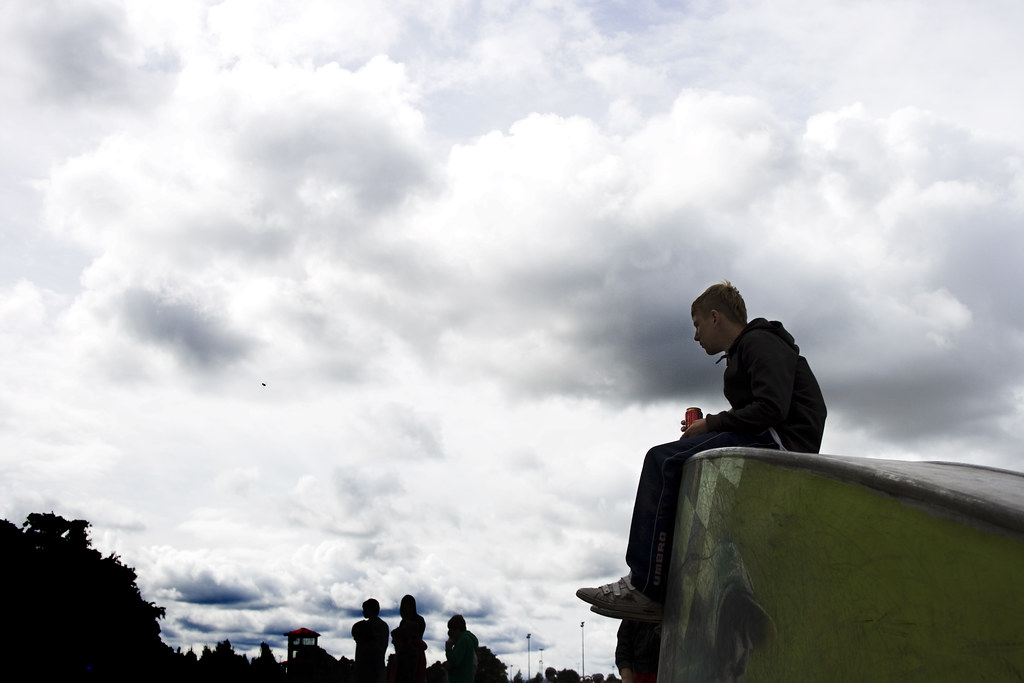