The sun was shining and the sponsors were in place for a nice wee event at the Kirkintilloch Skatepark. Shiner, Skateboard Scotland and Quicksilver all put up some prizes for the event. T-bag decided to go south and miss the first ever event at his home park. Oh well. This was a lot more mellow event than the Edinburgh Jam the week before. It was organised by Ryan and the KSI crew with a little help from Skateboard Scotland. Everything went well. The Edinburgh Locals came through and did pretty well although the local talent also did well. The results were as follows:

Martin had a big scab on his face from sessioning the park earlier in the week and pulled a nice Kicklip to pip the twins at the post.

Matty returned from Oz for a wee holiday and cleared up making lovely backside 360 ollies along with a whole host of other tricks. Paul made a nice crook down the hubba ledge and Willy went big over the loveseat gap.

Well done to all involved. Thanks to the KSI for sorting everything out and giving me the honour of MCing the event. Hope to see you all next year. 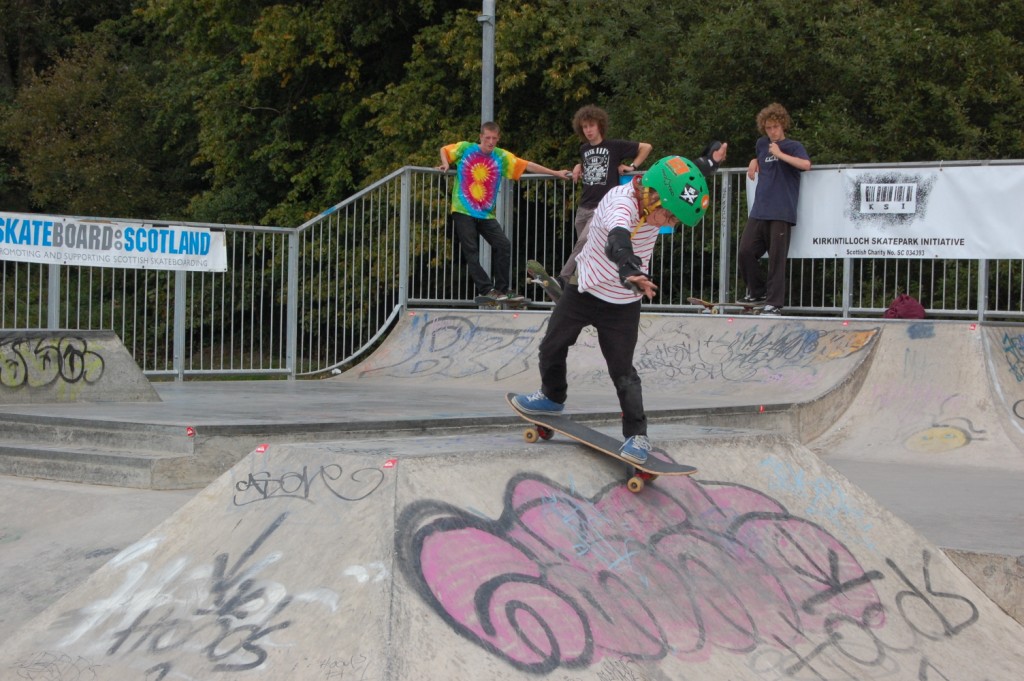