North Berwick’s The Space skatepark saw the return of the UK Vert Series’ Scottish Leg. Some people had travelled from as far afield as Cornwall to skate at the event. Unfortunately due to the Copenhagen Pro being on over the weekend quite a few skaters were away and unable to attend the Scottish Leg. The English skaters that did attend skated well and enjoyed themselves at the mellow event. The B group was fun to watch and experience prevailed with Leon Adams beating the rest of the competitors to take first place. Keith Melia and Adam Williams were very good and the judges found it hard to distinguish between the pair for second place. However Adam’s consistency and high airs paid off for him on the day.

The A group only consisted of three riders (as Jake Anderson unfortunately rolled his ankle warming up) but to say it went off is a complete understatement. Colin was pulling all sorts of handplants much to the delight of the Master of Ceremony Mark Burrows. Div was pulling massive ollies and generally killing it. Oakley however was showing everyone how vert should be skated. He was in control, pretty much making everything he tried including some nice finger flip action as well as making what was to the best of my knowledge the first 540 made at The Space.

Thanks to everyone who made it up for the event and get well soon Jake. 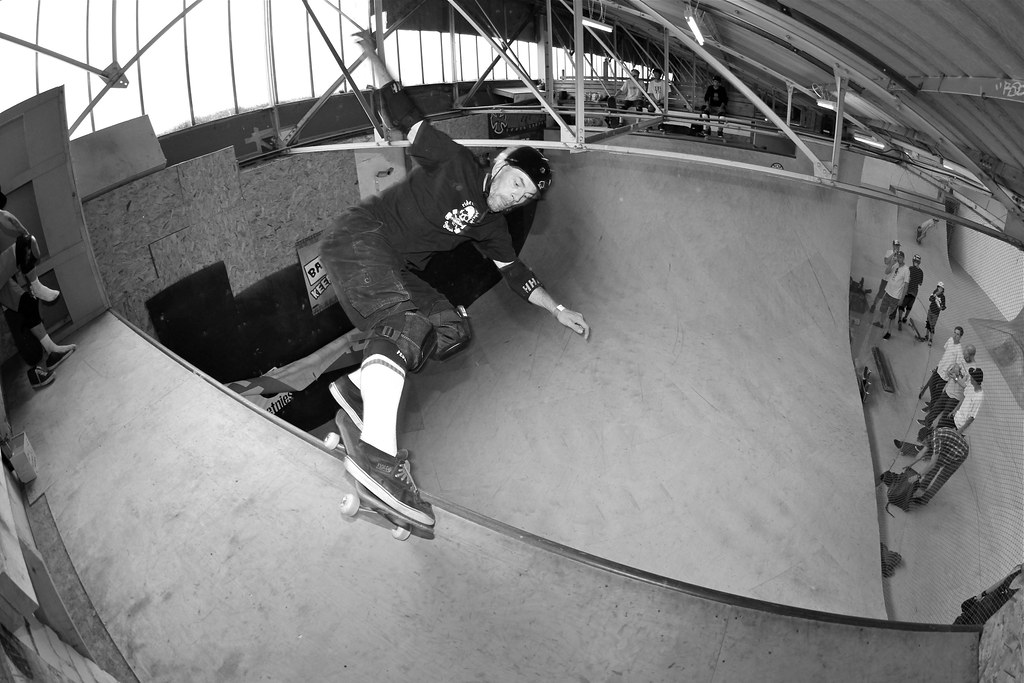