Skateboard Scotland got asked to attend the Skateboarding World Championships at the Kimberly Diamond Cup in South Africa. The request from the WSF (World Skateboarding Federation) was to run a coaching clinic which is something that Skateboard Scotland and Radworx know how to do after having created the Skateboard Coach Qualification together. We certainly felt that it would be rude not to go along. We were also asked to rustle up an Irish man and a Scotsman to compete in the street competition. We rounded up Keith Walsh and Tom Shimmin and got them brought out to compete too. As so the story of the 3 Scotsmen, an Englishman and Irishman begins!

Firstly South Africa although only being an hour away (time zone wise) from the UK it is an actual mission to get to, especially if everyone’s flights were booked last minute and via all sorts of wonderful exotic far eastern locations! I had got my flight details on the Saturday evening late for a flight that was leaving on the Monday morning! And this event is not even organised by Skateboarders! I was flying via Doha and landing there at the same time as Keith Walsh before we flew together to Johannesburg 6 hours later. It had been a while since myself and Keith had hung out together so we elected to while away the hours at the ‘Irish Bar’. It only took Keith about 2 hours to notice that there were pictures of his home town of Dublin on the walls. Eventually we agreed on one last drink before we got onto the plane. Keith bought this. To say that he was confused about the cost when he had to pay was an understatement. ’furty twoh Uro (42 euro) for two double Jack and Cokes!’. It was pretty funny. Anyway we got on the plane eventually and the lady sitting beside Keith decided to offer him a sleeping tablet to aid with him being quiet. That worked and we did not catch up again until we got off the plane in South Africa.

It was now about 8am in South Africa and we had to wait until about 2pm for our flight to Kimberly (one of the original diamond mining towns in the desert). So we all elected to pay 200 rand (a tenner) to chill in the executive lounge. This was a location where there were showers, munchies and drink. So we were all set; waiting for the Englishman and the next Scot to show up. Aidan Taylor and Deak Deakin showed up and we chatted away until the next flight. Onwards to Kimberly!

The desert was hot! 37 degrees and as dry as you could possibly imagine. In fact all of us white boys had bleeding noses every day because of this. We took it easy on the first night watched the Stacks for tricks competition where tricks were called out and the first person to make it got a pile of funny money. This was fairly chaotic but good to watch. The best bit was when Keith thought they said backside 360 Ollie which Keith then almost made only to be told that he was meant to be making a backside 360 flip! He wasn’t impressed! After this we met some of the locals. Mike Chinner (skatepark manager) introduced to his workmate Irwin and his friend Marvin. Every South African that we met were dead friendly and I would highly recommend getting over there for visit. Obviously it is still a fairly lawless country and you need to watch yourself and keep safe. We moved around in groups and never got any bother however there were a few dudes that got robbed between the hotel and the skatepark. There was plenty of security at the park for the event and the bouncers carried these weird whip things to keep the crowd in check. We had our staff badges though so we didn’t get any bother and were all set for entering all of the VIP suites and eating and drinking as much as we wanted for free. It was a nice week in South Africa!

So we were looked after well by our hosts and we even managed to fit in some touristy type things like stroking lion cubs with Nyjah, refreshments with Grant Taylor or avoiding Jake Phelps. We also visited the ‘Big Hole’ next door to the Hotel we were staying in. This was an open cast Diamond mine and had a large Diamond Mining museum attached to it. So we did manage to achieve some actual culture too along with what we were actually there to do. The two supreme skate coaches from Radworx, Deak and Aidan ran a lesson in how to teach kids to skate with the current group of skate coaches at the Kimberly Skate Park. This is the only manned outdoor free to use skatepark in the world and is a great legacy from the first Maloof Money Cup that happened in South Africa some time back. Anyway The Radworx guys did a great job of training up the guys and provided them with some great tips about how to best teach kids to learn the skate basics. They even helped run about 10 different groups of 40 kids getting introductions to skateboarding at the event. So well done to the Trainers!

After a day’s training we decided to join the ‘Township Tavern Crawl’ (as it was described) to quench our thirst. Now this is not want we expected at all. It certainly was not a pub crawl as we knew. It actually consisted of piling a whole load of folk into minibuses and driving around lost for about 30 minutes trying to buy some beer before getting to a township tavern. When we actually got there (without the beer) it seemed that we were just been invited into to someone’s back yard who was blasting South African Hip Hop and having a Barbie. So we were not too sure about this until the beer showed up. After that we were fine and had a great time.

Onto the main event. We were here to see gnarly skateboarding and that we certainly did see some of that. The women’s comp was impressive and the level that the ladies are now at is pretty depressing to see for an aging male like myself. They absolutely killed it. We also cheered on Keith and Tom in their respective heats. These were groups of 4 riders skating one half of the park at a time. The level of the skating was obscene and having tried to skate the park I can say that these guys made it look easy. They narrowed down the 70 or so competitors to 12 for the final to be held on the Saturday. Next up we watched the vert contest and the likes of PLG, Andy MacDonald and Alex Pearlson impressed the crowd. We actually avoided the crowd and watched the event from one of the VIP zones drinking some of the local delicacy. Carling Black Label. Quality. After each day of the event they had an after party type of event in the skate arena. We did feel a bit like we were the only white people there but we had a good time, enjoyed the local hip hop (including Mos Def) and soaked up the atmosphere. Good times. On the day before we left we witnessed the Street Comp. This was set up as head to head runs based on the ranking from the qualifiers. Unfortunately Keith and Tom failed to qualify. The top 4 avoided the first round. The two main contenders were Nyjah Houston and Luan Olivera. Funnily enough these guys made it into the final which was about the gnarliest thing that I have ever seen. Unfortunately Luan missed quite a few tricks and Nyjah did not miss anything. He took the well-deserved win. Unbelievable skateboarding and a great spectacle for skaters and non-skaters alike. Go and search out some of the footage because it was well worth a watch.

After a great week we all had to make our way homeward and this time around I had lucked out on the direct flight to London Heathrow. Delighted. 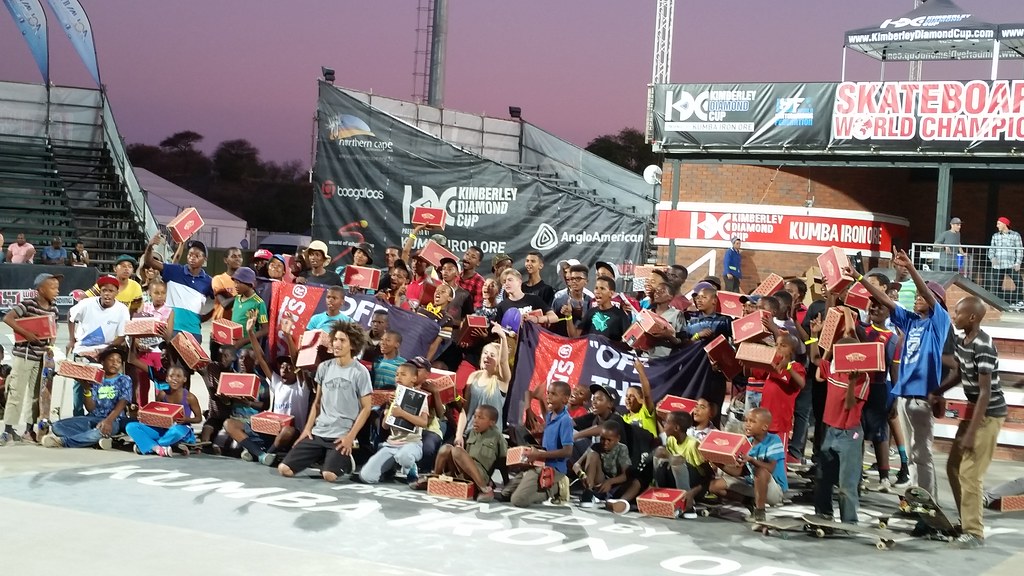