To say this even went off was an understatement to say the least. We got a good turn out from all over Scotland from as far a field as Elgin and East Kilbride along with a few heads from down South who were up for the Vert Series the next day. This event was in the War for the Thistles format. IE kids were trying to make tricks for prizes and the older ones/sponsored riders were competing for cash. The format always works well and creates a great session type vibe.

The kids skated rad and walked away with multiple stickers, t-shirts, hats and hoodies. When the competition for the cash started it was quickly very obvious that people were keen to win some cash and they were all going to fire in there to try and win it whether someone was in their way or not. Amazingly enough no one got hurt although there were multiple close ones. Huss made it all the way from Aberdeen and made the gnarlyist trick that I have seen for some time. He back 360 grabbed from the main park into the pirate bowl. Both take off and landing have great big concrete coping sticking out so even making the transfer is not easy. To be honest I thought that he was going to slam for sure as he was barely hanging onto his board in the air. But somehow he stuck it and earned himself 40 quid for his efforts.

There were a few tech tricks getting thrown down over the pyramid during the event. Chris pulled a lovely hardflip and the Cookie monster was pulling all sorts of mad tech tricks out of the sack. I believe one of these was a first try nollie ballerina heel as well as a nollie hardflip too. Paris, Ruari and Aaron were going high and making lots of nice consistent runs and earning themsleves some cash in the process. Martin was also on good form making one of his signature handplant transfers across the same gap which Hus Back 3’d. Martin then finished off the proceedings by coming out of a tranny and wall riding down from door height to flat.

So all in all and rad day out and well worth the trip to get to skate the NB park with no scooters and bikers getting in the way. Hope that everyone that made it to the event enjoyed themselves and we will see you for more of the same at the Thistles. 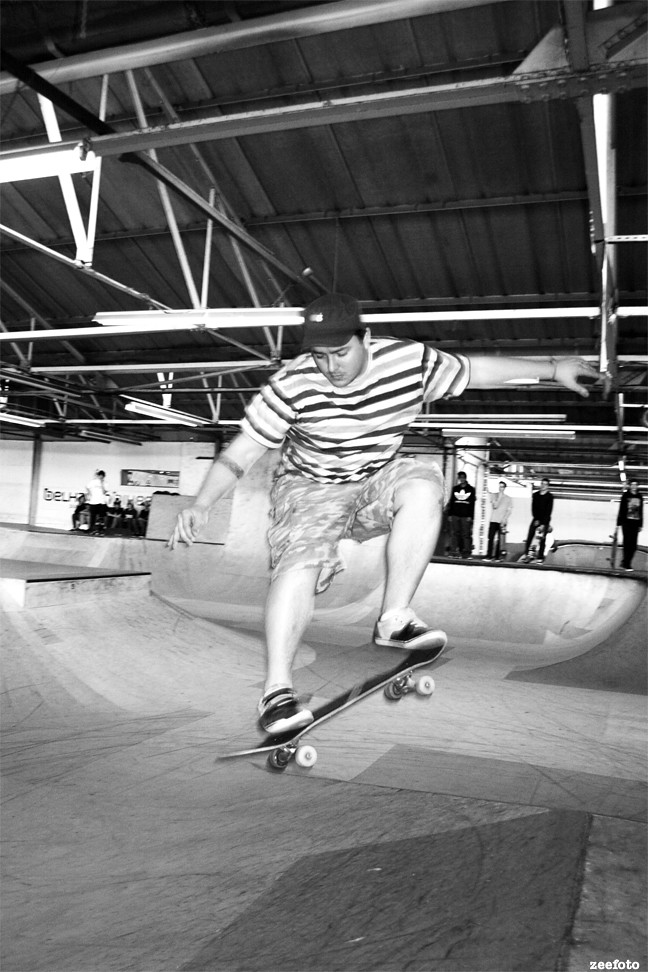