In its 11th year the Perth jam has gone from strength to strength and was a very fitting end to the Concrete Slayer Series this year. There were 4 groups of about 8 people entering the over 16s competition. This was a lot for Ali and Slobs to judge but they managed to whittle down the competition to a 13 man final death match. After finding it difficult to judge the first rounds the final was ridiculous to say the least. The first few minutes were complete carnage with everyone trying to get a line.

Petay Franz was defending his title and apparently his mum quite likes the Perth trophy in the house so he did his upmost to win it again. Kieran did his best to keep up but was piped to a close second. Winton almost beat Kieran to 2nd but ended up in 3rd for his efforts. He even managed to pick up his prizes as his taxi arrived to take him to work. 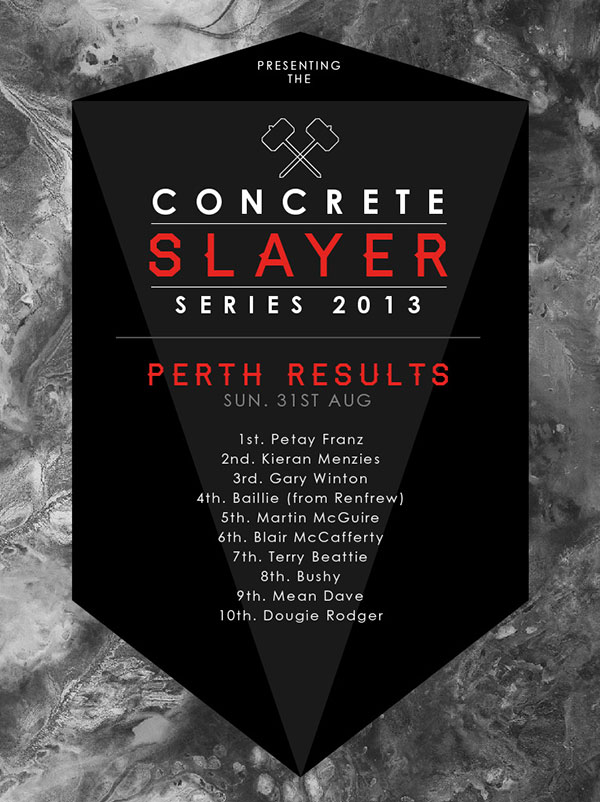 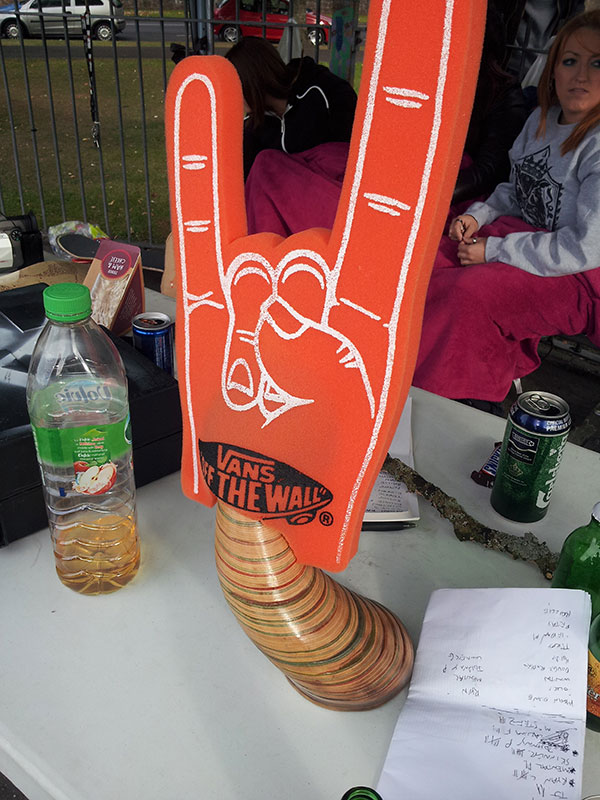